The awesome post below was shamelessly borrowed from CrossFit Verve…thank you Matt Chan!

Pop Quiz: Pose running or not? 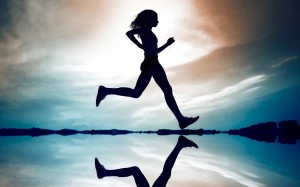 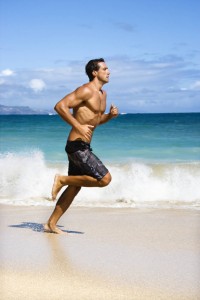 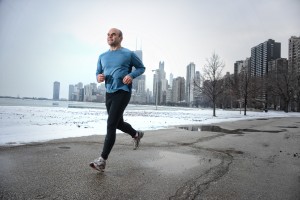 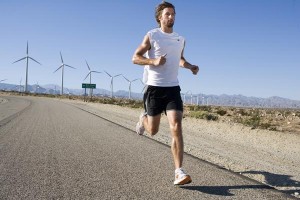 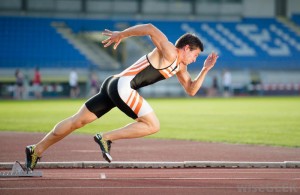 What is “Pose Running”?

The Pose Method was developed by Dr. Nicholas Romanov in 1977. Romanov was a coach in Russia, heavily involved in athlete training. At a time when the focus was on improving mileage and speed through simply increasing an athlete’s cardiovascular and respiratory systems, Romanov used physics to evaluate overall running technique.

Romanov proposes one universal running technique for all runners, regardless of speed or distance, a sprinter runs with the same underlying running technique as a long-distance runner. The pose running technique is also designed to prevent undue strain on the joints. The distinguishing characteristic of the pose running technique is that the athlete lands on the midfoot, with the supporting joints flexed at impact, and then uses the hamstring muscles to withdraw the foot from the ground, relying on gravity to propel the runner forward. This style is in clear contrast to the heel strike method that can be seen with most runners. The runner should fall forwards, changing support from one leg to the other by pulling the foot from the ground, allowing minimum effort and producing minimum braking to this body movement. The idea is to maximize the use of gravity to pull the runner forward.
Quite possibly easier said then done, especially for those of use who have been running one way our entire lives. But if you are someone who has ever suffered from shin splints or knee pain as a result of running and therefore HATES running, I would say making an attempt to learn the Pose Method may result in a new found joy for taking a jog around the block.
Pose running technique principles in summary
1) Raise your ankle straight up under your hip, using the hamstrings
2) Keep your support time short
3) Your support is always on the balls of your feet
4) Do not touch the ground with your heels
5) Avoid shifting weight over your toes: raise your ankle when the weight is on the ball of your foot
6) Keep your ankle fixed at the same angle
7) Keep knees bent at all times
8) Feet remain behind the vertical line going through your knees
9) Keep stride length short
10) Keep knees and thighs down, close together, and relaxed
11) Always focus on pulling the foot from the ground, not on landing
12) Do not point or land on the toes
13) Gravity, not muscle action, controls the landing of the legs
14) Keep shoulder, hip and ankle in vertical alignment
15) Arm movement is for balance, not for force production 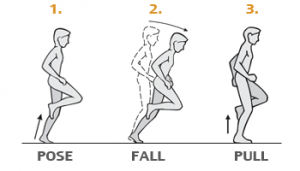 Running with a heel strike is one of the primary cause of shin splints. In an effort to alleviate this problem running shoe companies have been adding more cushion to the heel of running shoes. Over the years these “shock absorbers” have increased in height. The question is, what are these heels possibly doing to the rest of my body? Stay tuned for some answers in Thursday’s post.

*The information in this post came from the article “Pose running technique: a beginner’s guide” found on the PoseTech website.